10 years ago, Vietnam wasn’t a big name on the world’s cacao map. Undervalued and demolished throughout the wars, survived the world’s financial crisis in 2008, today, this S-shaped country is one of the most reputed cacao producers worldwide. The development of cacao in Vietnam has been a roller coaster with a wide array of challenges. For those who love Vietnamese chocolate and cacao products, you will appreciate it, even more, learning about the history of cacao in Vietnam. Read on to discover cacao story in Vietnam.

History of Cacao in Vietnam

Tracing Back to the Ancient Mayan Civilization

Cacao was first discovered by the ancient Mayan people 3000 years ago. They named it “the food of the God” and treated cacao as a transformation of their mind and body. According to historical reports, the spiritual benefits of cacao were to increase energy, enhanced concentration, and happiness for those who drank it frequently. Until the Spanish discovered this magical fruit in the 16th century, they turned it into a popular drink in Spain. The Spanish also kept it as a secretive beverage and treatment for nearly a century after their first discovery.

How Cacao Made Its Way to France

This tasty drink made of cacao quickly spread its fame across the whole of Western Europe. France, England, and the Netherlands made special chocolate houses in the royal palaces. France was one of the biggest cacao consumers after it first arrived in France in 1615. At that time, chocolate was a wedding gift from Queen Anne of Austria to the 14-year-old King Louis XIII.

Cacao’s Journey from France to Vietnam

In the late 19th century, the French colonization in Indochina brought cacao to Vietnam. The French wanted to establish a new source of cacao Vietnam as what the Spanish did in the Philippines at the same time. That is how the journey of Vietnamese cacao takes root.

History of Chocolate in Vietnam 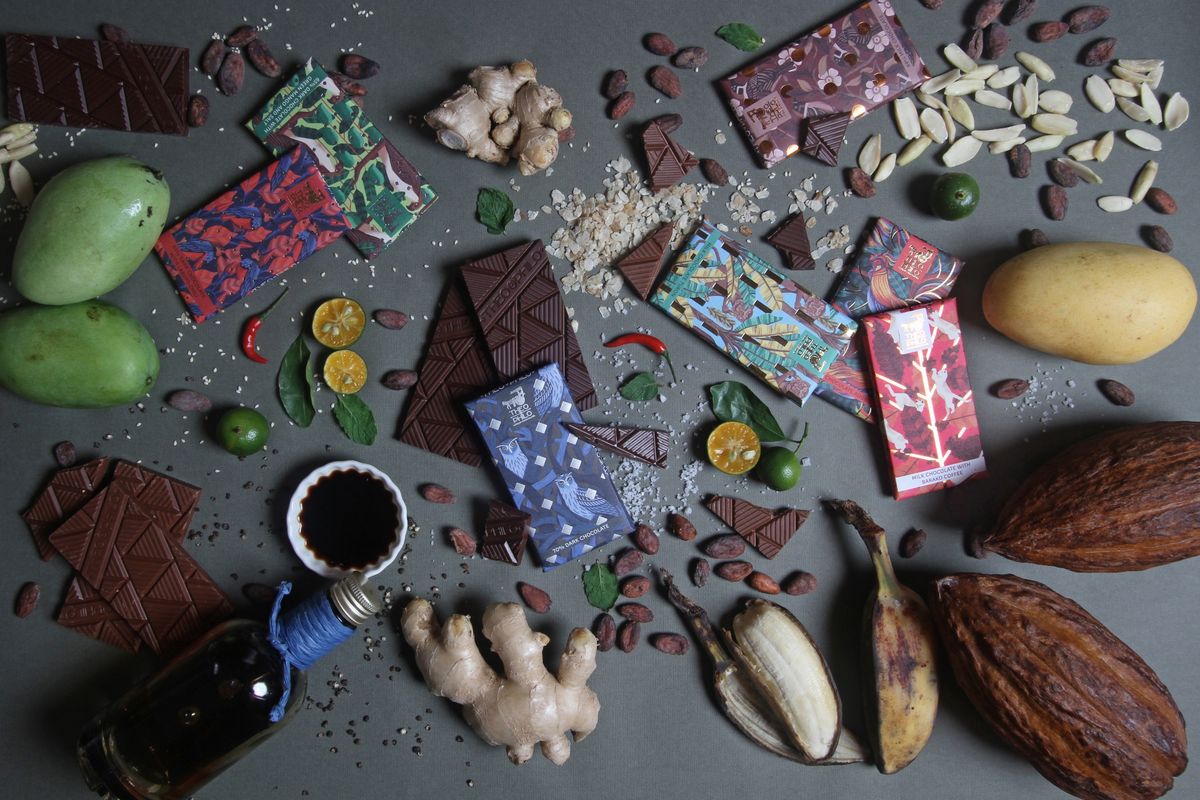 How Cacao Was Brought to Vietnam by the French

It is believed that the reputed and respectful Dr. Alexandre Yersin was the one introducing cacao trees as one of his biology projects in Vietnam. Despite numerous attempts in cultivating, cacao crops didn’t meet the French’s expectations. Only less than one metric ton of annual output of cacao was recorded. And accordingly, the French decided not to phase out cacao plantation on a larger scale during the 1920s and 1930s.

Ups and Downs of the Cacao Trees during the Vietnam War

After the French left Vietnam in 1954, they left behind many cacao trees in a few rural areas of the Mekong Delta. The native gardeners took care of these cacao plantations. They simply enjoyed cacao fresh and barely tried making cocoa. No remarkable production was even planted to develop the cacao industry in Vietnam during these years. During the darkest days of the Vietnam War, many of these small cacao plantations in South Vietnam were demolished since the war escalated.

The Recovery of Vietnamese Cacao in 2000

After the Vietnam War, some farmer exchange programs between Vietnamese and Cuban agronomists were held. However, they soon came to an end once the Soviet Union collapsed.  All of the Russian buyers went away and the Vietnamese gardeners struggled to find a new output for their cacao.

A new revival of Vietnamese cacao took place in 2000. A Vietnamese researcher from Nong Lam Agricultural University cooperated with other international trading companies and organizations to invest in the development of Vietnamese cacao. Apart from that, Phuoc aimed at finding the best cacao varieties for Vietnam.

Stricken by the World’s Financial Crisis in 2008

Everything just started to take off and the world’s economic downfall in 2008 interfered with the journey of Vietnamese cacao. The world’s market price at the moment wasn’t attractive enough to compensate for the hard work. Struggling with finding output and proper training fees that farmers couldn’t afford are the biggest factors leading to the breakdown of Vietnamese cacao. The Vietnamese farmers ended up demolishing their cacao trees and never wanted to come back.

Within a few years later, the Vietnamese cacao witnessed the presence of new gamers. Some small farmers in the Mekong Delta decided to revive the native cacao trees after realizing its huge potential. Meeting with these passionate cacao lovers, the international chocolatiers started supporting them through many programs. One of the biggest obstacles is the return on investment. The cacao trees take up to six years to bear fruits, which is hard for the locals to recoup with the heavy input at the beginning right away. This means the farmers need a comparable income to grow their interest in cultivating the trees.

The Modern Face of Vietnamese Cacao

Some of the latest Vietnamese cacao producers are Marou, which first entered the market in 2011 and Alluvia Chocolatier in 2013. However, Alluvia is the first 100% Vietnamese-owned company. It introduces the finest bean-to-bar chocolate concoctions made only of locally-cultivated beans. The history of cacao in Vietnam started in Mekong Delta by the French a century ago and now making its way back to Tien Giang where Alluvia Chocolatier is based. 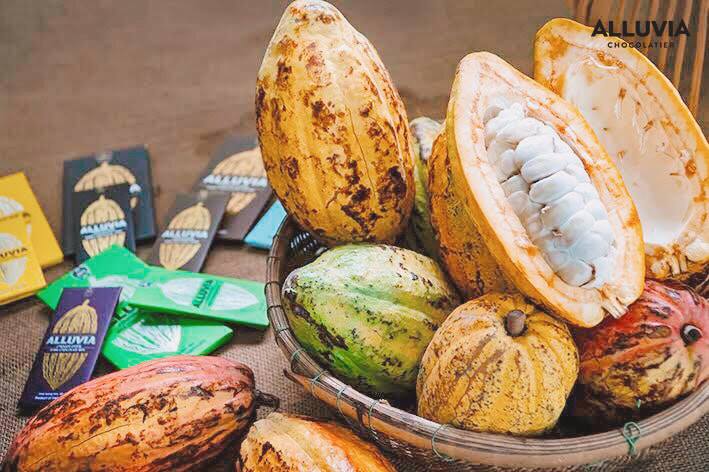 Using the finest source of cacao from their farm in Tien Giang, Alluvia is one of Vietnam’s proudest chocolatiers. They aim to promote the Vietnamese cacao industry and empower local farmers to cultivate high-quality cacao. Alluvia gives training to the native farmers throughout the whole cultivating process, from providing them the best seedlings, instructing the harvest of the high-quality beans, and committing to collect the cacao fruits from the farmers. This whole bean-to-bar procedure not only brings customers the finest products but also creates impactful contributions to the local communities.

Vietnamese chocolate nowadays offers you a wide variety of items, from chocolate bars to cacao-based products. The history of cacao in Vietnam has reached a new milestone, which is on the way to hit the golden age. Buying local chocolate is also a great souvenir idea to bring back home from Vietnam.