The Vietnamese drinking culture can bring a new gust of wind to your Christmas celebration in Vietnam. Even though Vietnam is not a Christian-dominant country, Christmas is still an expected holiday of the year. People will make time to hang out with their friends and family, especially, go out and party. There exist some contrasts between the drinking culture in Vietnam and the Western countries. If you are about to party with the Vietnamese friends, be mindful of some visible culture variations! The article is a life savior for those who are not familiar with the drinking culture in Vietnam but want to host the best Christmas party in the country.

Do People Celebrate Xmas in Vietnam? 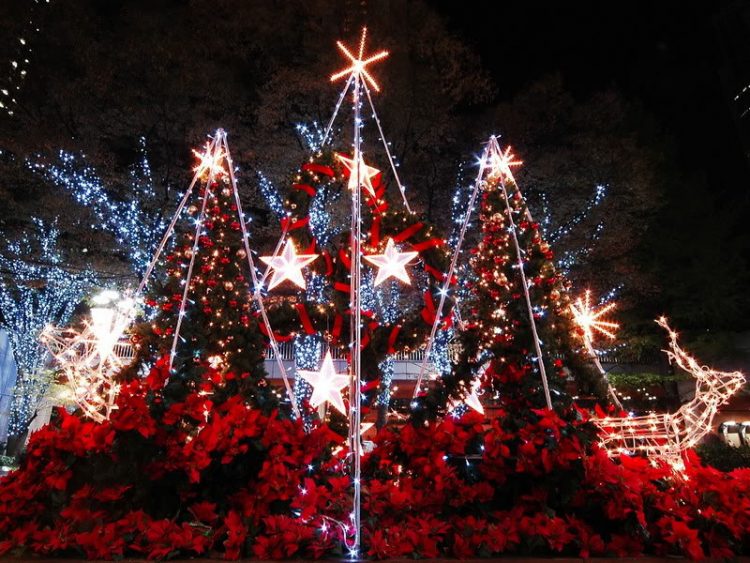 Christmas is not the biggest holiday in Vietnam yet it’s still an expected event for the Vietnamese. It’s a delight to witness locals and foreigners alike flocking the streets in such a festive mood. Most streets are lined up with life-sized crèches or tableaus depicting the nativity of Jesus Christ. Bright neon lights, towering Christmas trees, holiday hymns blasting through the speakers. Most Christian churches host a midnight mass on the eve of Christmas. Lots of the youth and the young at heart attend to give their thanks and prayers. The night of celebration traditionally wraps up as families spend the eve dining on a sumptuous feast. It usually consists of chicken or turkey and pudding. Cafes and restaurants don’t want to miss the chance. They join in the holiday spirit by keeping their doors open for anyone who wishes to spend their dinner outside their homes.

What to Know When Playing Games with Vietnamese during Xmas? 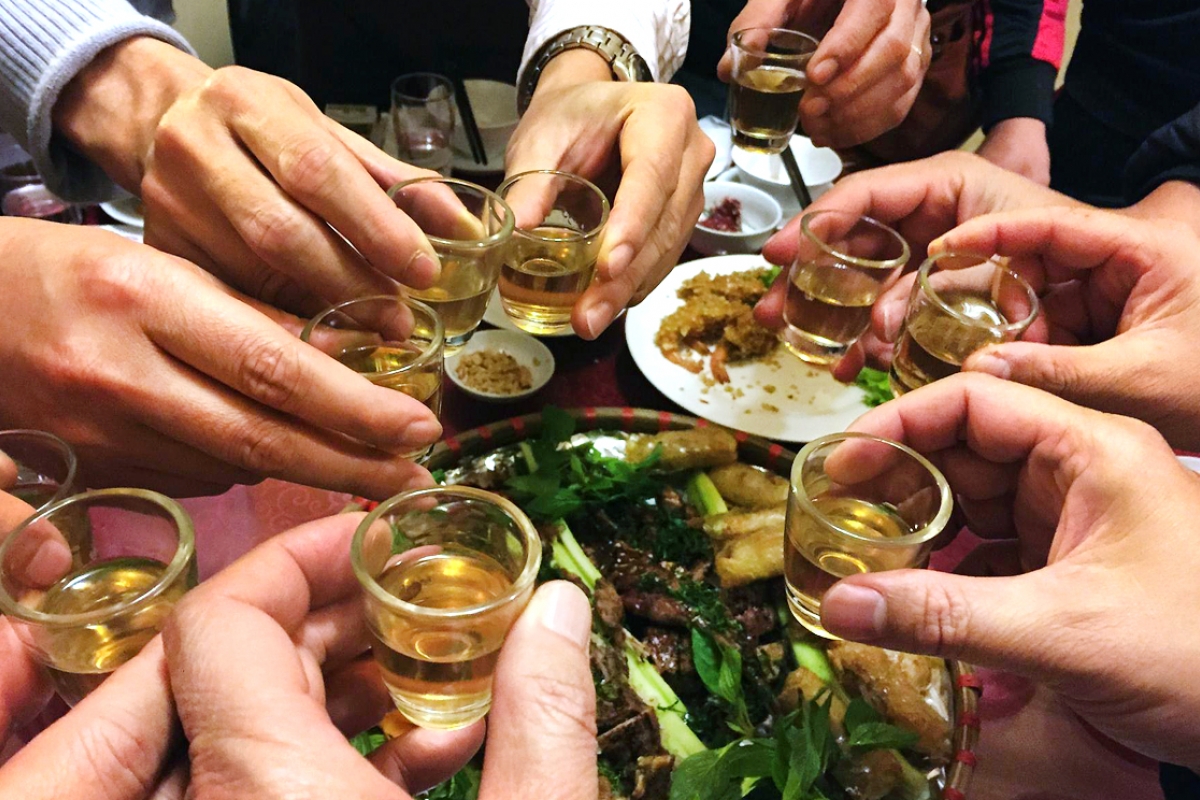 Drinking or “nhậu” as it’s called in Vietnamese is a tradition commonly celebrated with friends. It doesn’t have to be in a fancy bar or at a disco club. What’s more important is that nhậu is done in the presence of good company sharing delightful Vietnamese drinking food and light-hearted laughs. Drinking together to the call of cheers as you raise your glass to your peers, this is the Vietnamese drinking toast. Sure, you may get a jab or two for being a lightweight, but hey, you could still partake and shout “một, hai, ba, dzô!!” as you raise your glass. Looks hard to pronounce? Check out youtube videos for the detailed how-to instruction.

You may encounter some locals turning red when downing booze. Don’t freak out since it’s not an emergency! This “Asian Flush Syndrome” happens to 80% of Asians when they throw an alcoholic feast. Keep calm and have fun!

It’s a traditional fixation that the Vietnamese become a little too pushy when it comes to alcohol. If you’re a guy having some beers with the native guys, chances are you have to suds up every now and then. If you’re a good drinker, there’s nothing to worry about. Otherwise, respect your body and politely refuse!

Beer is much likely to be dominant over wine at the party. It’s lighter, cheaper and widely found in many restaurants (or even grocery stores). Some Vietnamese can be really picky when it comes to wine selection. The local guys prefer the good old classic rice wine over anything else, yet it’s super heavy and will get you wall-eyes very soon! 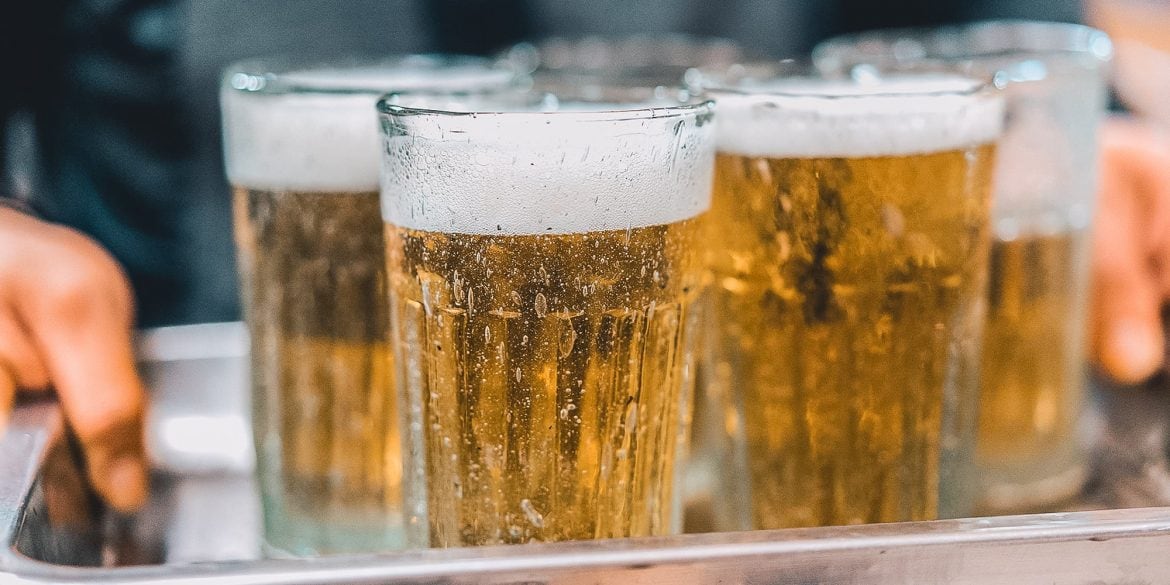 Recently, the government has set 18 to be the legal Vietnamese drinking age. The citizens can only buy, sell and consume alcoholic beverages when they reach 18 and above.

Christmas themed games are popular during the holiday season. And one of the more played one out there are trivia games that challenge their Christmas wits. With a plethora of topics ranging from “Who sang the best-selling Christmas single?” to the more humorous traps set by Kevin McCallister in the holiday classic film “Home Alone”, there’s surely a memorable yuletide trivia that everyone holds dear in their heart. For more ideas, read more in this article!

Monopoly is an age-old game that has seen quite a lot of reiterations now. The ultimate game of wits, luck, and strategy now has a Christmas Edition that’s timely to play during the holidays. It’s one of the classic games that we all know and love. It can be a facelift to portray more Christmas-themed characters such as Santa, Rudolph the reindeer, and even a roast turkey. Your family bonding time will be perfect. 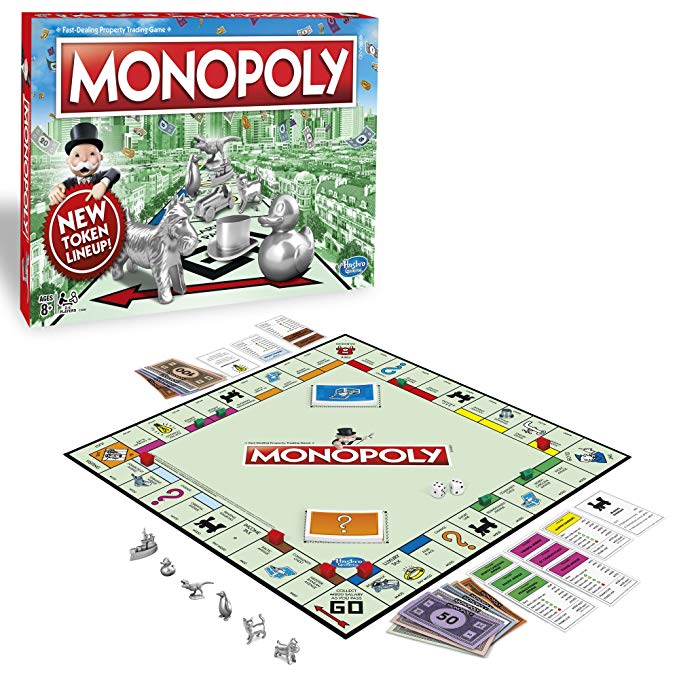 Uno, a classic card game, is easy to pick up but difficult to put to a stop once you play. There are more than a hundred variations of the deck themes. Pick out your favorite franchise, a kid-friendly Disney characters or Professional Sports Teams for an instant. Just follow these simple steps and you will nail it with a snap of a finger!

This game requires almost no effort at all. The rules are pretty simple: “Place a Santa hat on the corner of your TV and every time someone appears to wear it… DRINK!”. This could really result in some hilarious moments, especially combined with a touch of alcohol. Everyone is now bound to have an amusing time.

Somewhat a complex and radical variation to the standard Beer Pong game, there exists a drinking game called “Vietnamese Peer Pong”. It is slightly modeled after the involvement of the US Troops in Vietnam during the war. Rules differ so slightly than the canon, where if a ball is shot inside one of the cups, it is drunk then removed from the game. In this variation, only the cups on the Vietnamese side of the table gets removed and cups on the American side does not. Rules for this game are quite complicated on who wins, who loses and where the cups go. Drinking veterans will love this fun twist. Check this out for more details on how to play.

One of the more dynamic beer games to play with your friends is “Dice”. It is a fast-paced Vietnamese dice drinking game that is very suitable for six players. The rule is simple with players starting out seated in a circular manner, then two opposing players each hold a die and a cup filled with alcohol to a quarter. Both players then roll the dice and depending on the outcome has to perform an action, whether to drink your cup and try again, or the person to either side has to drink and roll. The aim of the game is to avoid getting both sets of cups and die to reach you, cause as soon as that happens, you’re tasked to chug a whole mug of beer filled to the brim! 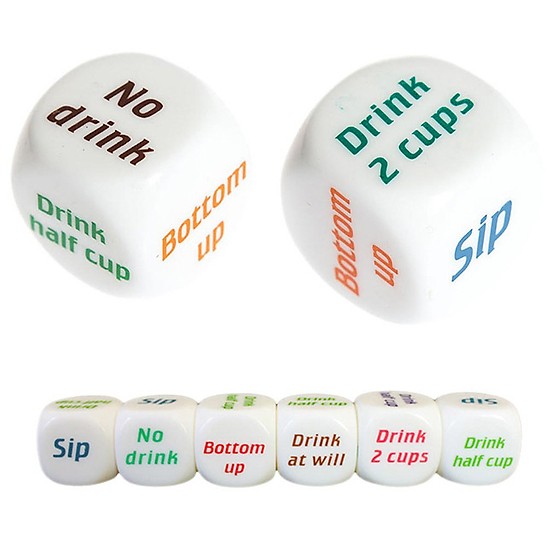 This game is a great choice for roulette lovers, as long as you own a mobile phone. Download the app first and step your night on the booze up a notch. The app features up to five different drinking games. Some of the best choices out of five can be listed as “A sweet and slick design” or “Wild ‘would you rather’ game”. The rules are variable depending on the model you choose. All you have to do is to read through the list of instructions and get some laughter! Drink Roulette is also available as a Vietnamese drinking game app called “Vòng Xoay Bàn Nhậu” in Apple and Android. This is one of the best fits for the Vietnamese drinking culture you will ever find! 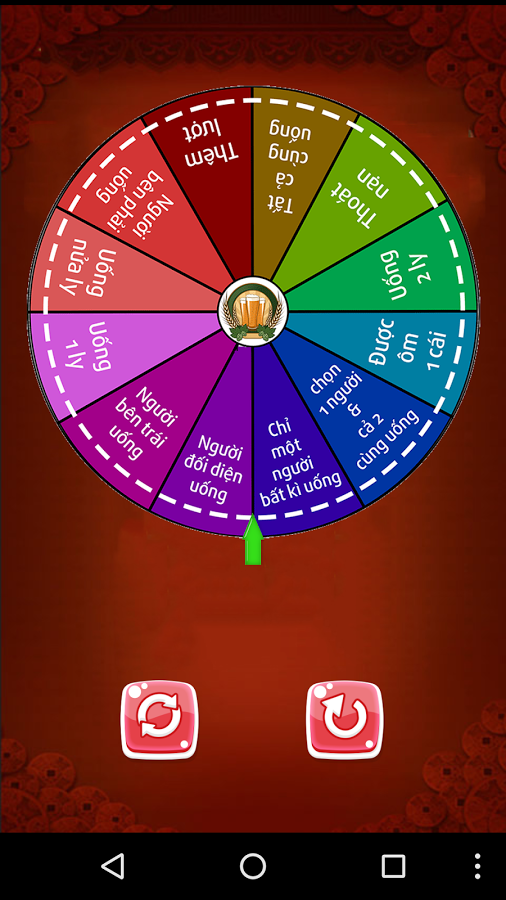 Which one of these games is your favorite pick? And do you think you can adapt to our Vietnamese drinking culture? If your home party is coming soon, go grab some chocolates and bring out the best Christmas feast of your life!